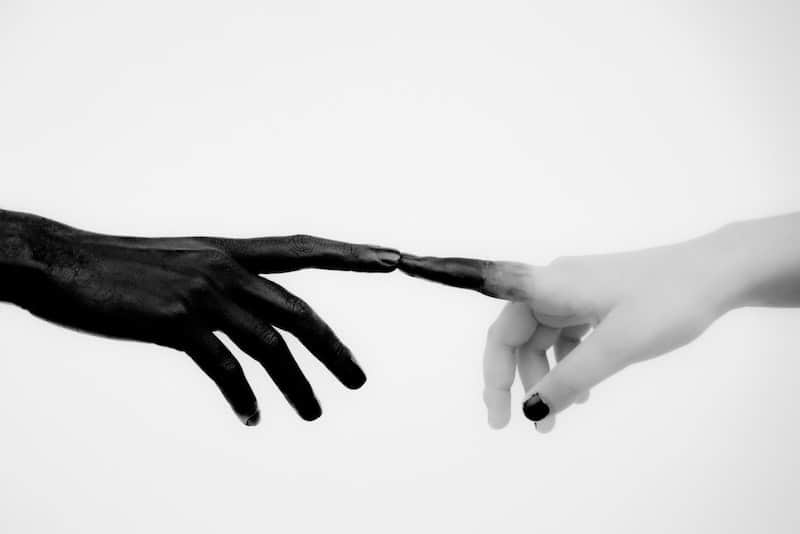 Spiritual battles have many wins and many losses, and numerous enemies and battlefields, but God has given you access to every weapon you need to fight the enemy effectively and win the battles you’re in. Always remember this: Your greatest battle is the one within. Spiritual warfare in worship is one of your primary weapons and you must learn to use it to win the war within, first, where the enemy likes to torment your heart, soul and mind.

In Romans 7:18-19 Paul wrote, “For I have the desire to do what is good, but I cannot carry it out. For I do not do the good I want to do, but the evil I do not want to do—this I keep on doing.” It is exhausting at times to fight a spiritual battle against your flesh, but you are equipped to win if you practice using the weapons the Lord has given you for defense and offensive, preemptive strikes, as well as shielded protection.

Spiritual Warfare in Worship Will Keep You Alive in Battle

You’ll spend the rest of your life fighting against your flesh. Paul wrote, in Galatians 5:16-17 (NKJV), “I say then: Walk in the Spirit, and you shall not fulfill the lust of the flesh. For the flesh lusts against the Spirit, and the Spirit against the flesh.” Spiritual warfare in worship is a winning battle strategy against the flesh, but as you fight, remember, you have an enemy who is using the world’s systems against you as well. The good news is, the same weapons will bring you victory over him as well, so learn to use them!

Praise and worship are both natural and spiritual weapons that God has given you because you’re fighting a natural battle and a spiritual one. In worship, you bring your literal body as a living sacrifice to the Lord (Romans 12:1) when you raise your hands, fall to your knees, clap, sing, dance, play instruments in worship to Him according to the 7 Hebrew words for praise God gave His people.

Praise and worship are both natural and spiritual weapons that God has given you because you’re fighting a natural battle and a spiritual one.

But you are also in a spiritual, supernatural place because when you praise and worship the Lord, His glorious presence uniquely appears. Psalm 22:3 says the Lord “dwells within the praises of His people.”

You’re in a battle against an enemy who uses both natural and spiritual weapons, so you must do the same!

4 Victories Spiritual Warfare in Worship Helps You Win Over Satan

In Revelation 15:2-3 (NKJV) the apostle, John, wrote this about four victories obtained in the war of the saints in heaven who worshipped:

“… those who have the victory over the beast, over his image and over his mark and over the number of his name, standing on the sea of glass, having harps of God, they sing the song of Moses, the servant of God, and the song of the Lamb, saying: “Great and marvelous are Your works, Lord God Almighty! Just and true are Your ways, O King of the saints!…”

1) Victory “over the beast” – TEMPTATION

The first recorded interaction between the Adversary and humanity was in the Garden of Eden and his goal was to tempt Adam and Eve into disobedience and sin against God- and it worked. From there, humanity has wrestled with the spirit and sinful flesh, born into sin but given the choice to submit to God and become indwelled by His Holy Spirit.

However, the Father spoke prophetically to the serpent of His plan of redemption through Jesus Christ to in Genesis 3:15, “He shall bruise your head, and you shall bruise His heel…”

When Jesus Christ took your place on the cross as a sacrifice for the sins you’ve committed against God, your victory over the temptation to rebel and sin was granted to you. Paul wrote in 1 Cor. 10:13 “No temptation has overtaken you that is not common to man. God is faithful, and he will not let you be tempted beyond your ability, but with the temptation he will also provide the way of escape, that you may be able to endure it.”

Spiritual warfare in worship puts you into the secret place where the Lord dwells, and provides you with spiritual protection under the shadow of the Almighty. You’ll face temptations over and over, but you have a way of escape, a place to run: the presence of God! As you draw close to the Lord in praise and worship, your mind and spirit become refocused away from yourself and onto Him.

There, you’ll find strength to battle temptations, wisdom for how to find the roots of your temptations and destroy them, and direction for how to move ahead.

Your victory “over the beast” means that Satan no longer has a hold on you in areas where you were once a prisoner of temptation. You can live in true freedom and the weapon of worship will cut through those spiritual chains.

Make no mistake- you are in a war and you have a relentless enemy who seeks to steal from you, kill off everything that makes you feel alive and destroy all that you hold dear. Pride was the sin of the Adversary that led to him being “thrown down from heaven like lightening.” (Luke 10:18) He thought he could be like God and it is that same demonic spirit of pride that infects the entire world still today.

Pride is idolatry, the worship of self over Savior. Because humankind is made in God’s image, the enemy attacks the core of their identity with pride- whether it be the worship of yourself, your family, money, ideas and philosophies, a tree or the moon, or anything else. The departure of your mind and heart from God’s original design for your life as expressed in His Word is pride, setting yourself as god over Him.

Just as Jesus Christ was born into sin, so were you. John wrote, “We know that we are of God, and the whole world lies under the sway of the wicked one.” (1 John 5:19 NKJV) If you’re not in Christ, “you belong to your father, the devil.” (John 8:44) There is no grey area.

Getting victory “over his mark”, over the sin that kept you from the Lord, is yours through Christ. However, the process of sanctification and transformation will take the rest of your life. You are not who you once were, but you are also not yet who you can be in Christ.

The disciplines of spiritual warfare in worship, the “washing of the water of the Word” (Eph. 5:26) and the confession and communication of prayer will expand your “shield of faith” and provide you spiritual protection against the “fiery darts of the wicked one.” (Eph. 6:16)

Remember God’s words to Cain: “…if you do not do well, sin is crouching at the door. Its desire is contrary to you, but you must rule over it.” (Genesis 4:7) Don’t wait until it feels like you’re in a battle season- you’re already in one! You can never let your guard down and never lay down your spiritual weapons- because Satan never will.

4) Victory “over the number of his name” – FEAR

Fear is the most effective spiritual weapon that has ever been launched at humanity and no matter what you trials you face in life, the first “human” reaction you’ll have each time will be fear. The good news is, because fear is a demonic spirit, you have the authority in the name of Jesus Christ to cast fear away, to reject its temptations and to control how you feel.

You can’t stop the enemy from sending a spirit of fear, but you can get victory over vain imaginings and evil forebodings. You can get victory “over the number of his name”, which is the fear he uses to rule the earth. You can learn to recognize fear. You can speak to it. You can ignore it, command it to remain silent, depart from it, and cast it out, but only through the power of God and the name of Jesus Christ.

You need the dynamic, supernatural, all powerful presence of God with you at all times, so you must discipline yourself to slay your flesh upon the alter of praise. How many times must you do it? As many times as it takes!

Thought for today: Worship is War

Remember that in Revelation 15:2-3 “… those who have the victory over the beast, over his image and over his mark and over the number of his name” have instruments in their hands and they are singing songs of praise and worship to the Lord. They are waging spiritual warfare in worship saying, “Great and marvelous are Your works, Lord God Almighty! Just and true are Your ways, O King of the saints!…”

However, it was, indeed, war. You already have seen that, as a follower of Jesus Christ, you can expect the wounds of battle – the traumas, the devastation, the pain, the exhaustion, the ugliness, the confusion, the setbacks – but that you, unlike your enemy the devil, can also expect the ultimate victory, because of Jesus Christ!

Remember that your victories will be seen in you, before you see them outside of you. Whether you obtain “victory over the beast” in your life, “over his image” – those false, deceptive lies to lure your attention away from God, “over his mark” – the scourge of sin and strongholds, or “the number of his name” – the numerous demons and familiar spirits that plague everyone’s lives – you must worship God!

Worship cannot be based on how you feel, otherwise it isn’t true worship. Worship is a sacrifice of the things that needed to die anyway. Your enemy wants to kill you, so one of your greatest weapons is to sacrifice yourself in worship. 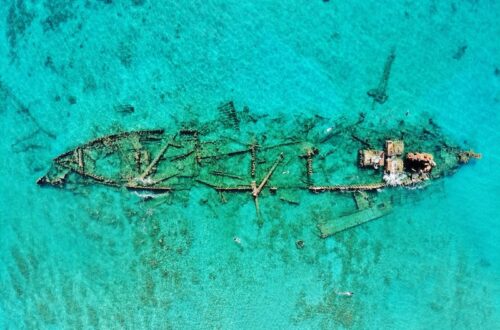 Why Paul Shipwrecked: The Risk of Sailing “Under the Lee” in Your Faith

Overpower the Shadow of Death With God’s Great Light!