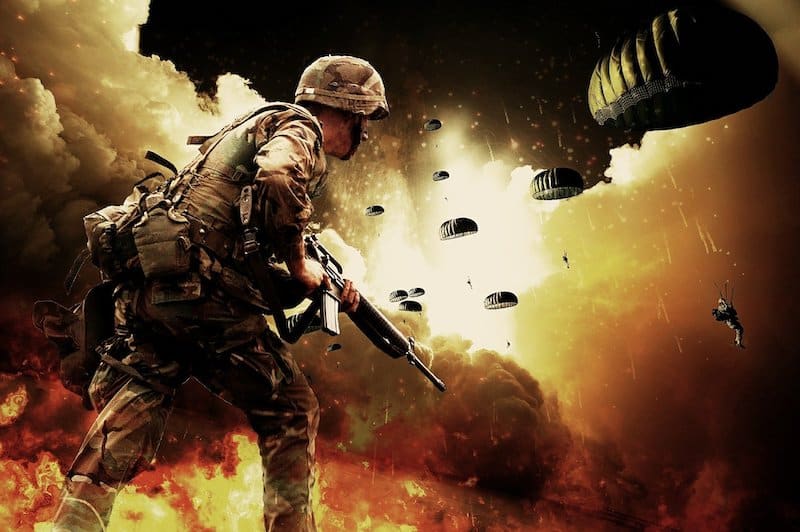 The battles you face in this life will be many because of the spiritual battle being constantly waged between the forces of hell and the army of the Lord. Satan knows he cannot defeat the Lord, so his plan is to attack the people made in the image of God and take as many of them with him to hell as he can.

Yet, even after you give your life to the Lord, attacks continue because if the enemy cannot have your soul, he’ll attempt to “devour” (1 Peter 5:8) and “steal, kill and destroy” (John 10:10) your faith and future. Whether you realize it or not, you are in a battle, and you will have to fight, but because you are part of the army of the Lord, you are not alone and your battle was already won!

Most of the battles believers face come from within. In fact, most of your battles may never be seen by anyone other than the Lord, and that is why the spiritual wars you wage against the enemy must also start in the secret place. Psalm 91:1 promises that those who keep themselves in the secret place of the Almighty God will find rest, protection and safety and your faith in the Lord will need the strength you’ll find there.

The Army of the Lord Must Fight With Spiritual Weapons

The dwelling place of your “inner man”, (2 Cor. 4:16) the real you, is where your fiercest battles will be fought as a soldier in the army of the Lord. You’re going to wage the hardest, ugliest battles against your own flesh – fear, anger, pain, self-loathing, regrets and bad memories, addiction, strongholds, rejection, sinful urges and more. And even though many may never see your battles, they will see your victories. so you must fight to “live and tell of the works of the Lord.” (Psalm 40:3)

The weapons you fight with are not seen in the natural, which means it can be harder to remember to use them, but your battle is not against “flesh and blood” so don’t let yourself be deceived when hard times come. The enemy wants you to react from a flesh instinct, because that is his domain. You must react from a spiritual instinct, it’s the only way to win. Start now, learning to use your primary weapons:

There is nothing more powerful than the presence of God and you’ll find His presence within your praise (Psalm 22:3) and by standing in agreement with other believers in prayer (Matt. 18:20) and by seeking the strategies and plans of Lord in His Word. (Hebrews 4:12).

Even though no one may see your battles, they will see your victories so you must fight…. God did not remove David from this situation, but He did give him the strength, wisdom and peace to walk through it.

In Psalm 57, David, a soldier in the Lord’s Army, a soldier in the Israelite army, a king and a worshipper was being pursued by his enemy. “In the shadow of Your wings I will make my refuge,” David wrote. “Until the ruinous storm passes by.” (Psalm 57:1 MEV)

He was trapped and cried out and yet, because David was a soldier, understood that the physical battle needed a spiritual weapon, so even as he cried, he worshipped: “I am surrounded by fierce lions who greedily devour human prey—whose teeth pierce like spears and arrows, and whose tongues cut like swords…Be exalted, O God, above the heavens; may Your glory be above all the earth.” (Ps. 57:4-5 MEV)

Faith is the Fighting Stance for the Army of the Lord

God did not remove David from this situation, but through worship in the secret place, the Lord gave David the strength, wisdom and peace to walk through it. He knew he needed God’s divine intervention and protection. Stay strong in the Lord and in the power of His might and put on the “full armor” of God. (Ephesians 6:10-18) Even within God’s promise, even knowing he was called and anointed, he had to fight.

The faithfulness of God isn’t always shown through His mighty acts, but in the simplicity of the every day miracles. We must seek those and worship Him for them

Because he understood the spiritual power of praise and worship, David’s immediate response to trouble was to worship and praise God. What was there to worship about? God was still on the throne! Remember, worship isn’t about you or what you’re going through. Praise and worship are not methods to get God’s attention. Worship is a sacrifice you give to the Lord, setting yourself aside in order to lift Him high.

“My enemies have set a trap for me. I am weary from distress. They have dug a deep pit in my path, but they themselves have fallen into it. Selah.” (Psalm 57:6)

Will God come through? Will this work out? Will you survive this? Every soldier in the army of the Lord will experience moments of doubt and struggle, but you must confront these deep, probing questions, find answers in the Word of God, respond in faith, dwell in God’s presence through worship and remember that you’ll find victory within yourself before you see it around you.

Thought for today: “The Lord is a Man of War!”

Your Heavenly Father, the Lord of Heaven’s Armies will go after those who try to destroy anyone who hides in Him for protection. Exodus 15:3 says, “The Lord is a man of war; the Lord is His name.”(MEV) Yes, you are a soldier in the army of the Lord, but remember, that Jesus Christ is the Commander of the Lord’s Army (Joshua 5:13-15) and if you are willing to follow His commands and stay close to His side, you’ll always win the battle- because He fights with you and for you and has already won!

Remember – NONE of what David was praising God for in Psalm 57 had he actually seen when he wrote it. He wasn’t yet king, although he was promised he would be, he was being hunted like an animal and yet he exalted and worshipped the Lord before he saw the victory because he believed in faith that God would come through for him – and He did.

In fact, in another battle season David wrote, in Psalm 144:9-10, “I will sing a new song unto You, O God… it is He who gives victory to kings…” before he’d won his battle, and in Psalm 18:18-19 he wrote, “They confronted me in the day of my calamity, but the Lord was my support. He also brought me forth into a large place; He delivered me because He delighted in me.“ (Psalm 18:18-19) WORSHIP is how you see victory before the battle is over. You can trust the Lord, so worship Him like you’ve already won!

The Army of the Lord Needs You in the Battle 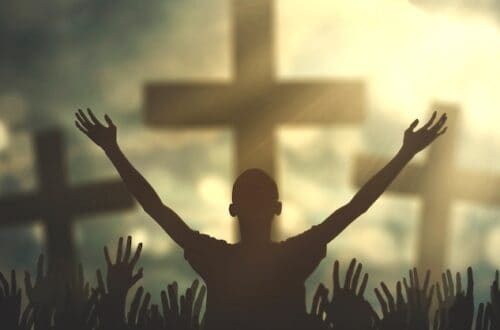 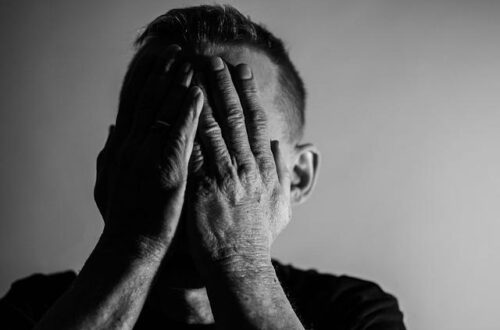 Casting Out Doubt: “Lord, I Believe… Help My Unbelief!”