Today’s devotional will be different than usual because I have felt the Lord speaking to my spirit about an important issue in the church today- one we all face. I hope to shed some light on this subject for all those who have wrestled with it, or have felt silenced or ashamed of their own righteousness in times when the sin of another has presented itself. I hope that you will share this message and bring revelation and peace to another who may have encountered this same issue!! Remember who you are and be obedient to the Lord’s leading- no matter the outcome. He needs you and He knows you’re not perfect, but you’re the one He chose, so now what?!

Has anyone ever said to you, “Who are you to judge me?” or “Only God can judge me” or “The Bible says ‘Judge not!'”? Pushing back with these statements is an effective way to bully many Christians into silence when we try to speak up about a sin issue or correct someone or point out a sign of danger in the life of another believer. Should Christians judge others or is that God’s job? Does the Bible say not to judge others? Is it wrong to judge others?

It is a common misunderstanding of Scripture to say that Christians cannot ever form judgments or speak out about something that is sinful or wrong. The problem is- many Christians – on both ends of the problem- believe that it is “wrong” to judge or they incorrectly assume that being “judged” is something only the Lord can do. And then, on top of that, many Christians won’t speak up because they, themselves, are not “perfect” or are struggling with their own issues. The result? Satan wins!

What Did Jesus Say About “Judge Not”?

When Jesus said, in Matthew 7, “Judge not, that you be not judged,” He was not saying that Christians should never speak up about sin. He was referring to salvation– and that is a big difference! Certainly you and I have no right to declare or judge that someone is or is not going to heaven or hell, because that is God’s place of authority. However, when sin is an issue, you, as His representative on earth, should absolutely speak up- and then be prepared for what might come next (because it won’t make you more popular!) Jesus also said this: “For with what judgment you judge, you will be judged. And with the measure you use, it will be measured again for you.” (Matt. 7:1-3) Jesus wasn’t saying “never judge anyone about anything“. No human being, except for Jesus, will ever be perfect. But even though Jesus was aware that we are all completely imperfect” He was saying that whatever standard we use to measure another’s sin or unrighteous behaviors is the same standard that will applied to us. That, right there, is a challenge, not a commandment!

Can We Judge Others According to the Bible? Yes!

“Do not judge” is a salvation message, not a sanctification one, so don’t let the enemy twist it’s meaning. He wants the whole world saturated in sin and he wants the people of God to shut up about it, so no one recognizes their need for a Savior.

Grace, mercy, compassion, love, and forgiveness are the standards shown in the life of Jesus Christ and when we “judge” another, we should use those standards to approach sin, not our own standards. “…for all have sinned and fall short of the glory of God, and all are justified freely by his grace through the redemption that came by Christ Jesus.” (Rom. 3:23-24) “He has told you, O man, what is good—and what does the Lord require of you, but to do justice and to love mercy, and to walk humbly with your God.” (Micah 6:8)

We often approach judgement with an air of self-righteousness or superiority or condemnation or comparison and that is just as wrong, however, it is a strategy of Satan to make the people of God afraid to speak up against sin! To say that no one can ever “judge” the sin of another and that “only God can do it” is entirely un-Biblical. Judging another Christian according to the Word is part of your calling in Christ, but how you judge and what the standards are that you use to make a judgement matter- because those are the ones that others will use on you. In fact, Jesus wasn’t addressing the “world” – for heaven or hell – when He said “Judge not,” He was addressing the people of God.

Jesus is the Only Righteous Judge, So Look to Him

He also said, in Matthew 18:15-16, “If your brother or sister sins, go and point out their fault, just between the two of you. If they listen to you, you have won them over. But if they will not listen, take one or two others along, so that ‘every matter may be established by the testimony of two or three witnesses.'” If you’re going to “go and point out” the sins of a brother or sister in Christ, you would have to be able to discern and “judge” it as sin, according to the Word of God! It’s not that you can never judge, it is that your judgement must be according to the standards of the Word – not the LAW. There is a difference! Paul wrote, “Let nothing be done out of strive or conceit, but in humility let each esteem the other better than himself.” (Phil. 2:3) “Do not judge” is a salvation message, not a sanctification one, so don’t allow the enemy to twist it’s meaning any longer! He wants the entire world lost in sin and he wants Christians terrified to speak up about it, so no one ever walks in freedom and victory. What a rotten liar!

Thought for today: To Judge or Not to Judge?

People love to quote Matthew 7:5 and say, “You hypocrite! First take the plank out of your own eye, and then you will see clearly to take the speck out of your brother’s eye” and use that to intimidate others to who speak up. You’re not perfect. And, by the way, the Lord is fully aware of that. If there is a sin issue in the life of a believer and you see it- pray. Seek the Lord. Maybe you’ll need to take another Christian with you. Get into His presence and get a word from Him before you set foot in the presence of another and start to speak. Will they like it? Will they react well? Most of the time they will not!! However, the Lord is aware of that too and He still showed it to you! But someday the tables may be turned so remember that before you begin to speak – and “speak and so do as those who will be judged by the law of liberty. For he who has shown no mercy will have judgment without mercy, for mercy triumphs over judgment.” (James 2:13)

Getting Answers to Prayer Starts with One Crucial Thing 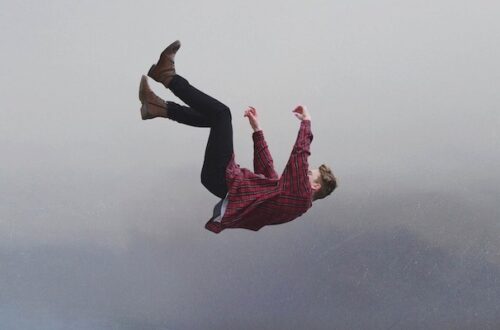 2 Mighty Ways God Immediately Responds When the Righteous Cry Out