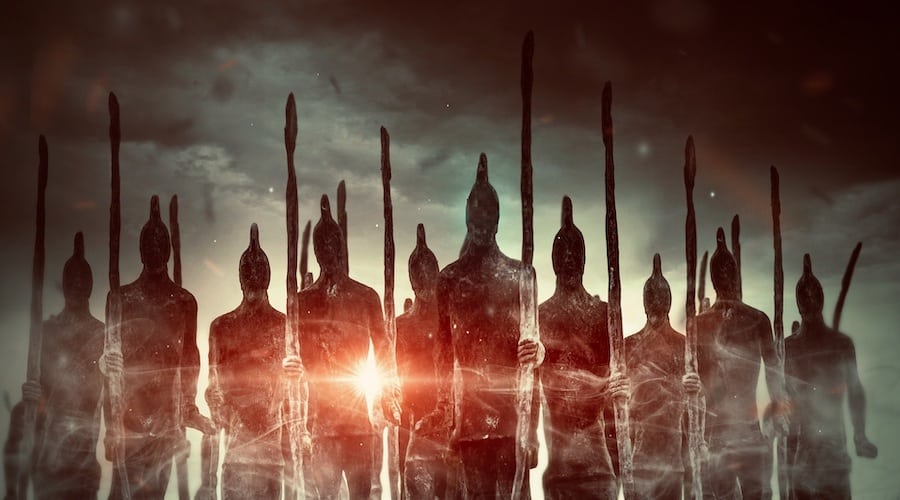 Have you ever noticed how the world accuses Christians of not being “Christ-like” whenever we do something that they feel “Jesus wouldn’t do” – like “judging” or having a temper or taking a firm stand against their opinions, methods and choices? Even some people who call themselves “Christians” hurl accusations and try to silence those who speak the truth of the Word! Yet, when Jesus spoke of the Kingdom of God said “the violent take it by force” He wasn’t talking about a quiet prayer meeting!

All of those accusations about how Christians “should” behave come from complete ignorance of the Word of God, a mind that is twisted and influenced by the “prince of the power of the air” (Eph. 2:2) and are driven by hedonistic idolatry to self. Those are strong words, but strength is needed as the days grow darker!

Scripturally speaking, strong emotions, waging battles, prophetic actions, speaking faith words, making bold declarations and refusing to budge are all part of how the people of the Kingdom of God behave under the influence of the Holy Spirit. Yet, these things are unpopular; they make waves and rock the comfortable, little boats; people feel judged and scrutinized and called out when, really, it is the conviction of the Holy Spirit, spurring them to repentance– and they ignore it! The world wants you to be like them, to agree with them, to do what they do- and if you don’t? They’ll come after you, next!

Is “the violent take it by force” more descriptive of the Kingdom of God or the world under darkness? That depends on how much one or the other wants to win the war! Jesus said “It is like children sitting in the markets, calling to their friends, saying: “We played the flute for you and you did not dance! We sang a funeral song and you did not mourn!” (Matt. 11:16-17)

In Matthew 11:12 Jesus said, “From the days of John the Baptist until now, the kingdom of heaven has forcefully advanced, and the violent take it by force.” It will take FORCE to advance the Kingdom of God, to reach the lost, as Jesus commanded in the Great Commission. (Matt. 28:18-20) Why? Because the forces of the world are strong and violent, raging and plotting. (Psalm 2:1) And it will take men and women of spiritual strength to push through themselves, push past the world and push into the darkness in order to reach those who need the Light of the World. What does FORCE look like?

If you refuse to be like the world, be prepared for the world refusing you.

Don’t give up, push harder, love greater. Don’t stay silent, get louder, be wiser. Don’t be popular, be rejected, (Isaiah 53:3) be reviled. (Matt. 5:11) Don’t worry, worship. Don’t shut up or change the subject, take control of the conversation and speak life and hope and the truth of the Word. Remember, wherever you set your feet, that is the Lord’s territory, but don’t be surprised when the enemy rises up and challenges your boundaries. Your battle is not against flesh and blood, but that is what it will look like on the surface. Don’t fall into the trap of seeing it all through natural eyes, learn to see through your spiritual eyes and fight a spiritual battle with spiritual weapons- and you’ll win the battle because when the violent take it by FORCE, the battle belongs to the Lord!

Thought for today: The Violent Take it by Force Because God Gave it to Them!

There is nothing sinful or unScriptural about a Christian using a show of strength or force to take a stand against the world, or even other Christians who are out of line- or to draw a hard and fast boundary line that the enemy (and other people) WILL NOT CROSS – but you must be led of the Holy Spirit if you’re going to fight your way into a victory for the Lord, which means you need to life a live where you stay close to the Lord, in His presence. Plenty of God’s people were people of war and violence, but they were fighting for the Kingdom of God and for His people! There is a time in this world to draw blood and a time to heal. You’ll need the discernment of the Holy Spirit to be led when to fight, when to stand and when to retreat.

Many Christians shout, but only add to the noise. Others fight and lose. Others take a stand only to be backed down. Others try to take a stand and stumble on their own words or actions. None of us are perfect – and we allow that to stop us! The Lord needs you. He knows you’re not perfect, so acknowledge that to yourself and keep advancing with confidence knowing that He loves you, you’re still part of the plan in His Kingdom and His strength is made perfect when you admit how weak you really are in whatever areas you need to work on. Too many Christians let their weaknesses stop them, instead of moving ahead where they are strong and submitting their weaknesses to the Lord!

The world is violent and raging and they’re fighting for their “father, the devil” (John 8:44), and they won’t give up until they win. You have a choice: Fight, flight, freeze or faith. What they don’t realize is that the battle has already been won- and you are the enforcer of that victory! “THE VIOLENT TAKE IT BY FORCE” – GO GET THE WORLD AND SHOW THEM JESUS until they either turn and look or run away screaming! This will take strength, and sometimes force, but if God has called you to it (and He has!), He’ll help you through it!

Keep Reading and Fight Faith for the Fight! “Victory in the Battle Against Yourself”

Remember the Daily Benefits of God in Your Soul 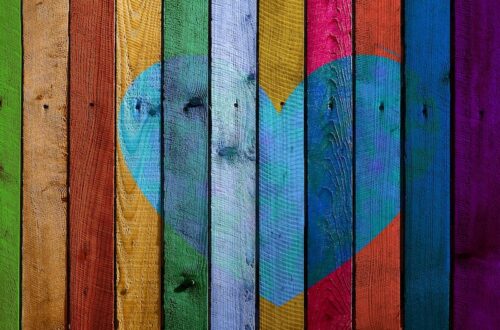 Should Believers Still Cry “Create in Me a Clean Heart”? 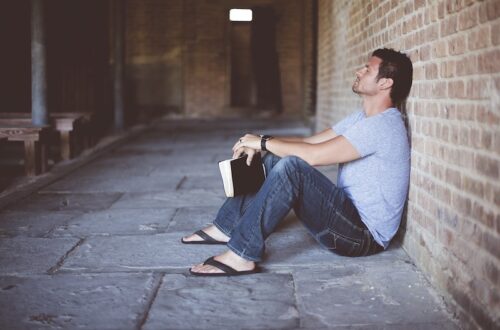