Idolatry was and is one of the pervasive and problematic issues throughout the history of humankind, luring hearts and minds away from the worship of the Almighty, holy God. All of humanity was created to worship the Lord. Within every person is the innate and immutable desire for a spiritual connection, but the enemy has twisted and manipulated that desire within people to redirect their worship to anyone or anything other than God. Examples of idolatry in the Bible seem extreme, but in reality, it wasn’t different or worse back then than it is today, and it must still be identified and confronted- even within our own churches and families. That is never easy!

“…the Lord said to him, ‘Take a bull from your father’s herd and a second bull seven years old. Tear down your father’s Baal altar and cut down the Asherah pole beside it. Then build an altar to the Lord your God on top of this stronghold in an orderly way. Take the second bull and offer it as a burnt offering with the wood of the Asherah pole that you will cut down.'”

Take some time to read the chapters in Judges 6-8. They tell yet another account of idolatry in the Bible, through Gideon, whom the Lord used mightily to defeat the vicious, pagan “Midianites, Amalekites, and the people from the east” who had decimated and pillaged the Israelites into hiding, famine and poverty. However, before Gideon saw such significant victories over Israel’s enemies, he had to get victory over something else- the idolatry in his father’s house.

Idolatry in the Bible and Today Have the Same Roots

Everyone carries within them natural DNA and spiritual DNA and both deeply influence how life is experienced, but as the Lord brings revelation and conviction into your life, only you are responsible to deal with it. Only you are responsible for following His leading, for obeying or not obeying His commands. You cannot help your past, but you can deal with your future in Christ– and as you do, there may be a disconnect or even conflict within your own family. Jesus warned of this (Matt. 10:35) and Gideon had to walk through it as well- but facing down his father’s idols was a necessary experience for the battles the Lord knew he’d win in the future.

Gideon tore down the physical idols that belonged to his family as an act of loyalty to the Lord and this was deeply significant because in those days household idols were passed down from father to son. This means that Gideon tore down the inheritance that his father planned to give him in order to let the Lord give him an inheritance. As a result, his family members wanted to kill him. When the Lord has brought revelation and conviction to you about the areas of idolatry in your life, it is a powerful experience because it means He is taking you to a new depth in your spiritual maturity, and that He is preparing you for something greater. However, it doesn’t mean that others are ready to acknowledge that same idolatry and it can be frustrating to see them continue to overlook it as you are set free. This is especially true within a church family, or even within your natural family- but that doesn’t change what the Lord has asked of you.

Stories of idolatry in the Bible abound, but God’s chosen people always fight on His side. Moses faced the same issue after the Israelites crafted the golden calf, crying out, “Whoever is on the Lord’s side, come to me!” while exacting God’s righteous punishment for sin upon the idol worshippers. One of the most significant things you can in your walk with the Lord is to let Him show you what your idols are, and also what your “father’s idols” are and how they may be hindering what He wants to do. And then? It’s time to tear them down.

Thought for today: Gideon’s Won the Battle Within, First

Part of everyone’s faith journey to victory and freedom in Christ will include confronting those “idols” of addiction, old ways of thinking, religious oppression, disapproval, control, and even misguided good intentions. What Gideon did wasn’t easy, but it was necessary because the Lord wanted to show Gideon that:

1) His true inheritance wasn’t from his earthly father, but from his Heavenly Father,

2) He would build an altar to God on those “former things” and worship God for the new thing He was about to do!!

Facing down his father and his father’s household was the first step to victory for Gideon. Sometimes facing our family is the hardest thing we can do! But tearing down “your father’s Ba’al altar” and seeking the Lord for what family strongholds, generational demonic influences and familiar spirits could be trying to influence you is an important step of bold faith that many never take, but God has something powerful for you and by honoring Him, first at home, you’ll show that you’re ready to fight and win against the true enemy!

Resources to Help You Grow in Strength and Wisdom 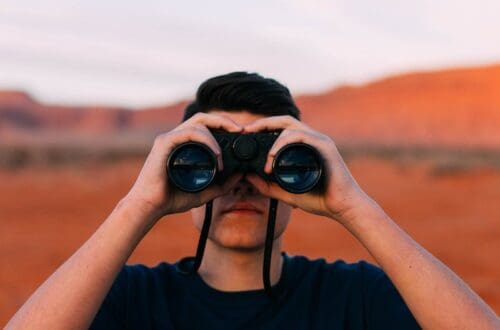 4 Things to Hold Onto if You are Seeking the Lord

Freedom is yours- should you choose to accept it