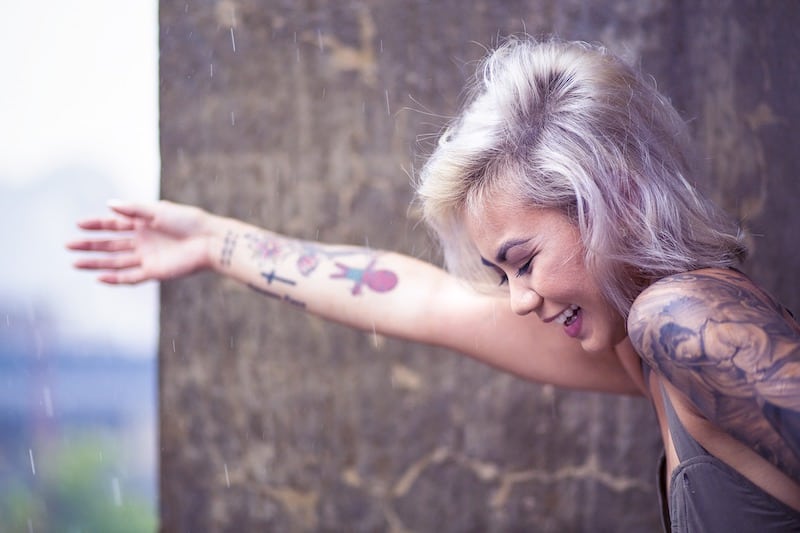 When you come into Christ, you are a “new creation” and the old things have passed away and everything about you has become new. (2 Corinthians 5:17) But it doesn’t always feel that way, does it? Everyone struggles with the “old man” from time to time, but the power of praise can help you keep the past behind you and hold your feet to the path the Lord has for your future!

One of the hardest aspects of allowing the Lord to change you is doing that changing in front of those who knew you back “then”. Sometimes it seems like no matter how far you’ve come, it’s never far enough; or no matter how different you are, they’ll always see you the same way, doesn’t it?

It is a tactic of the enemy to try and keep you held back by your past, to hold you captive by the very chains the Lord broke off of you. Satan would love nothing more than to keep you discouraged, frustrated, distracted, angry, depressed and afraid that the Lord didn’t really do a deeper and new work in you. He’ll try to tempt you with old behaviors and old patterns of thinking and if you do stumble, he’ll kick you while you’re down! But the Lord has a plan through the power of praise!

The Power of Praise Pummels the Past

Philippians 1:6 says that you can be confident that “He who began a good work in you will be faithful to complete it.” Psalm 138:8 says that the Lord will bring to completion all that is involved in your life. The power of praise in your life is one of the greatest spiritual weapons the Lord has given you.

The more time you spend in the presence of God, worshipping and praising the Lord, the stronger you become as a warrior in the battle for your life. Your past is behind you and all the vain imaginings and terrifying “what ifs” are smoke and mirrors!

You can walk in victory because your future is in the Lord’s mighty hands. Satan has no clue what the future holds, he can only bet against your past and he’s a loser. Satan knows the true power of praise better than any other created being in existence. It makes you stronger. Why?

…you can’t define who you are in Christ by other people’s criticism nor by their praise.

The power of praise and worship make you stronger because they are exclusively God-focused and they remove your mind from “self” and center you on the “Savior”! That’s why he will do whatever he can to make sure you’re not grateful for anything and “have no reason to praise God” when praise and worship are the winning strategy! Get into worship, prioritize it, remain in the presence of God while the past tries to drag you back. Remember, even Jesus has experienced such trouble.

Jesus the Messiah and the Power of Praise

In the book of Luke, chapter four, Jesus had just emerged from the wilderness, which was a powerful and deeply spiritual season of transformation and growth for Him. He had overcome the temptations of Satan, fasted for 40 days, and then, “Jesus returned in the power of the Spirit to Galilee, and His fame went throughout the surrounding region. He taught in their synagogues, being glorified by everyone.” (Luke 4:14-15)

What a wonderful time that must have been in Jesus’ life! Freshly empowered by God’s Spirit, sent to do His work, launching a new ministry, traveling, crowds appreciating Him, learning, growing under His teaching… But then?? “He came to Nazareth, where He had been brought up…” (Luke 4:16)

Yet, although Jesus returned home as a “new” person – a wiser, more mature person, victorious, with a God-given ministry, a destiny, a mission, a purpose, once He began to operate in that role before the people who had known Him before, they didn’t want to hear it from “Joseph’s son“. People who had known Jesus and had seen Him grow up immediately reduced Jesus to who they had once known Him to be and mocked and rejected His message.

In response to their dismissive and condescending words Jesus said this, “You will surely say to Me this proverb, ‘Physician, heal Thyself’. Whatever we have heard done in Capernaum, do also here in Your country…no prophet is accepted in His own country…” (Luke 4:23-24) No one would let Jesus move forward! Well, it’s more accurate to say that the people from Jesus’ past decided to remain where they were, while Jesus ran ahead with the mission God had given Him. He didn’t look back- and He’ll help you do the same!

Thought for today: Find a Reason to Praise the Lord

But you can’t define who you are in Christ by other people’s criticism nor by their praise. If you’re called by God then harness the power of praise – present your body as a living sacrifice to the Lord daily and with commitment to remain in His presence, “walk in a manner worthy of the calling with which you were called.” (Ephesians 4:1) You do the work. God will do the wonders!

Jesus went through a season where He walked alone for a little bit when He first started to officially operate in the role that the Lord had called and anointed Him for. But soon enough, the Lord led the right people to Him, new people. People who saw Him for who He was and believed His message and wanted to be part of what He was doing. Maybe the people in your family, or your older friends can’t move forward with the “new you”, but that’s okay.

If you truly are a “new creation”, allow the old things to pass away and move ahead knowing you are who God says you are!

Even if you’ve been in Christ for decades, there will always be people who think you are just “Joseph’s son”. Shake it off and remember that God is the only Person who validates, qualifies and defines who you are. You don’t have to prove anything to anyone. Your responsibility is to obey the calling of God on your life and walk in the power of praise, the strength of His Word and in the Spirit to which you were called. If you truly are a “new creation”, allow the old things to pass away and move ahead knowing you are who God says you are!

The Power of Praise Will Keep Your Faith Strong! Keep Growing in Strength:

Give Thanks to the Lord With an Everyday Kind of Love

Two wishes of the worshipper