Pressure is one of the driving forces in life. We all face pressures every day, on every side- family pressure, work pressure, financial pressure, health, relationships, deadlines and expectations and spiritual pressure from the world and it’s systems, ideals, opinions, sin and everything else. They’re ruled by their “father, the devil”. (John 8:44) So, “do not be surprised at the fiery ordeal that is taking place among you to test you, as though some strange thing happened to you.” (1 Peter 4:12) The facts of the fiery furnace you’re walking through are not the same thing as the truth.

The enemy wants to keep you living under the constant pressure of the “facts” of the fiery furnace – worrying about what will happen if you take a stand, or refuse to bow down to their idols. The enemy will use the people in your life to pressure so much that you never experience the peace of God. If you don’t bow down before the world’s idols of pride, lust, politics, and every kind of sin, they’ll want you cast into the fire to watch you burn. But guess what? God wants you to burn too- for Him!

The Secret Burning of Shadrach, Meshach and Abednego in the Fiery Furnace

That is why Paul’s advice was to worship, pray and stay close to the Lord. (Philippians 4:4-7) Simply put: If you’re living in fear, you are not living in faith. That doesn’t mean that you won’t experience fear- we all do! But the Lord has shown me in my own life this powerful truth: How you respond to the fear and the pressures you’re facing proves the true location and source of your faith and allegiance.

The world will put its pressures on you to force you to bow. The Lord puts His peace on you as you bow in worship. The choice is yours.

In Daniel 3, Shadrach, Meshach and Abednego were put under tremendous pressure, facing a very public life or death decision- to bow before an idol at the king’s command or stand before the Lord and face the king’s wrath. The facts of the fiery furnace were these: Bow, bend or burn. And these three Hebrew boys weren’t just random people in a corner of the kingdom, they were men whom the king had, “set over the affairs of the province of Babylon.” (Daniel 3:12) Everyone was watching because they were well-known, and well-respected and everyone knew they served the Lord. And now what? Pressure. Everyone is watching and you have a choice to make- to bow your knee to the pressure that other people put on you or stand boldly for the Lord?

Faith in the Fiery Furnace

King Nebuchadnezzar turned the pressure up even more and said this to Shadrach, Meshach and Abednego: “Is it true that you do not serve my god? … and who is the god that would deliver you from MY hand?” (Daniel 3:14-15) Nebuchadnezzar saw himself as God and was going to take their very lives with his power. And many times the pressure and fear makes us feel like our very lives would be destroyed too… They had a choice to make, and so do each of us.

Thought for today: Choose This Day for Whom You Will Burn

Stephen, whose story was told in the book of Acts, was a man of great faith and love for the Lord who stood before the Sanhedrin, as Jesus once had, and spoke bold words of truth about the trap of religion that ensnared them. Not every trial is as black and white as bowing before a literal false god! Sometimes, you’ll be faced with the choice to bow emotionally to someone or socially or even in your faith, as Stephen was faced with. (Read more of Stephen’s story in Acts 6-7) Shadrach, Meshach and Abednego put it this way: “O king, we have no need to answer you…we will not serve your gods or worship the image of gold you have set up.” (Daniel 4:16,18) The refusal to justify your actions is a powerful, strong response, but you may, indeed, sow in tears. It is not easy- but you are NOT alone!!

There is a cost to serving the Lord and a penalty for refusing to bow to anyone except for Him. “If the world hates you, keep in mind that it hated Me first. If you belonged to the world, it would love you as its own.” (John 15:18-19) But no matter how hard the choice is- you still have one. The world will put its pressures on you to force you to bow and if you don’t, they’ll toss you into the fiery furnace. The Lord puts His peace on you as you bow to Him in worship and if you burn for Him- He’ll walk with you through the fire and you won’t get burned!

Find Strength to Face the Fiery Furnace in Your Life: 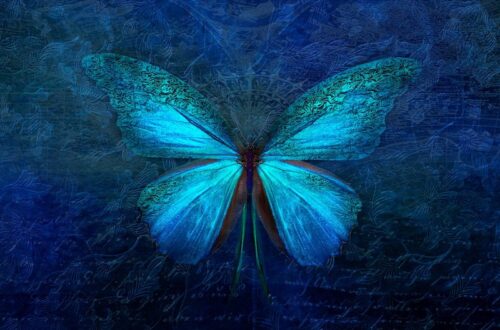 2 Vital Steps to Your Spiritual Transformation in Christ

What Does God See When He Looks at You?