When “Jesus wept” in John 11:35, He wasn’t crying for the same reasons that His friends were. He wasn’t even crying the same kind of tears! While they were wailing and grieving in their pain over the death of Lazarus, John wrote that Jesus also “wept”, but more specifically John’s choice of words meant that Jesus had “tears in His eyes”. He was not grieving the death of Lazarus. He was not crying about the death of His friend as the Jews assumed He was. Jesus’ emotions and tears were all about life– the life He’d come to give and in the midst of their dark valley. He cried because His friends had forgotten who He really was.

Jesus’ disciples and friends had seen His miracles- demons cast out, walking on water, blind eyes open, lame walking, yet when Jesus arrived at Lazarus’ home, they blamed Him for not being there to save him. How could His friends have turned on Him so quickly? Because they had never really grasped who Jesus was, even though He’d told them and they had seen with their own eyes. That is why there were tears Jesus’ eyes.

Jesus Wept for the Agony of the Lost

Much later, after these events with Lazarus, Jesus did cry out in agonizing pain and grief, but it was because of something completely different. Jesus ached and experience the deep, soul-crushing grief that drove Him to scream and wail from the pain like His friends had done when Lazarus had died. Do you know why? Jesus wept for people. Jesus’ heart was broken for people, for the lost He had come to rescue, for the people who had rejected Him. He wept for the people He knew would soon betray, mock, beat and crucify Him.

After Jesus’ triumphant entry into Jerusalem, when the people had taken off their robes to lay at His feet, and had broken off palm branches to wave in worship and had cried out “‘Blessed is the King who comes in the name of the Lord!’ Peace in heaven and glory in the highest!” (Luke 19:38) Jesus became overwhelmed within Himself. Not with joy. With grief. The kind of grief His friends had experienced after the death of a loved one. Their grief was a natural expression of their deepest pain while Jesus’ grief was spiritual expression of His deepest pain. Jesus was devastated because He knew He was the Savior of the world, the one they had been looking for- and yet the world fought, suffered and died, rejecting the One who could save them.

As Jesus stood alone overlooking the city of Jerusalem, He cried out in His agony and pain, “IF ONLY YOU KNEW!!” He shouted at the top of His lungs, His voice broken, His face red, His breath coming in gasps as He looked down at the city and sobbed. “IF ONLY YOU KNEW WHAT WOULD BRING YOU PEACE!!!” Jesus Christ, the Messiah, came to bridge the gap between sinful man and holy God and create “peace on earth” and “God’s goodwill toward men” once again. But even those closest to Him blamed Him for not being there for them and for Lazarus. Even those who had experienced His power forgot to stand in faith when life got hard. Even those who worshipped Him had no idea who He really was. And for that reason, Jesus WEPT.

Thought for today: Jesus Wept for the Salvation You Needed

Even as His friends and companions and disciples worshipped Him, they had no idea who He really was. Even people of faith today worship the Lord and still have no idea who He really is. So many people experience His goodness, and see answered prayer and even miracles yet, when life gets really hard, they lose faith and blame Him for not being there. We question where He was when we sent word that we needed Him. When something or someone we deeply love lays dead in front of us, we shout at Jesus, “If only you had been there!“ (John 11:32) and we rage and scream and wail at the God of miracles because He didn’t do what we’d hoped.

Meanwhile, Jesus stands over the whole world shouting, watching and searching with tears streaming down His face and crying out, “If only you knew what would bring you peace!!” Jesus Christ came to seek and to save the lost – that’s who He is – the Son of God, the Savior of the world, before He is anything else. He is who He said He is. He’ll do everything He ever said He’d do. Maybe He doesn’t define things like you or I do, but that doesn’t change anything. It simply means we need to seek to truly know Him and allow Him to change our hearts to reflect His, to see what He sees and weep for what makes Him weep. Do you KNOW Him? The whole city was worshipping Him yet Jesus wept. Why? Because the rest of world needs to know Him too!

Go Deeper into the Beautiful Strength of Jesus Christ, the Messiah

7 Ways to Praise God for the Prize Today! 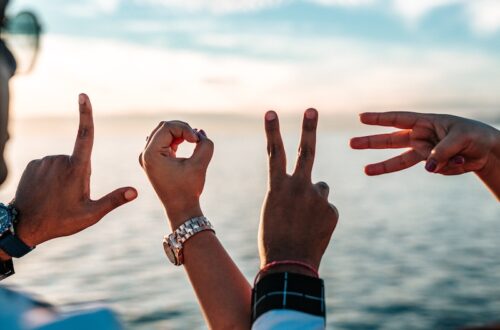 If There is No Fear in Love, What Are You Afraid Of?

Mouthpiece of the heart