The Apostle Paul is a hero in the faith to many Christians and his epistles and letters are the building blocks of the Christian church- for good reason! Paul was one of the most real, raw and relatable people in the Bible and his story of transformation from a blinded, self-righteous Pharisee (Philippians 3:4-6) to the “chief of sinners” who was saved and alive by the grace and mercy of Jesus Christ is a powerful witness to the goodness of God! (1 Timothy 1:15) Paul’s experiences and insight are invaluable in helping Christians navigate their faith, guiding how we interact with each other and with the world, discipline, growth, teaching and how the process of sanctification is walked out. Paul’s time as a Pharisee meant that he was incredibly well-versed in the Word of God via the Old Testament law, but he was also a man filled with the Holy Spirit, operating in spiritual gifts and with the Holy Spirit’s power. But there’s more!

1) The wisdom of Word of God, and 2) the power of prayer in the Holy Spirit are two major hallmarks of Paul’s life, but there’s one other: 3) The weapon of worship. Paul the Apostle was a worshipper. Paul was someone who lived life in a state of miracles, wonders and spiritual power and the fundamentals of the faith were the secret to his strength to overcome amid adversity, have faith for miracles and face even death while speaking the words of life.

[Read this next for deeper study: “Seven Praises for the Prize”]

“O the depth of the riches and wisdom and knowledge of God! How unsearchable are His judgments and unfathomable are His ways! “For who has known the mind of the Lord? Or who has become His counselor?” ,“Or who has first given to Him, and it shall be repaid to him?” For from Him and through Him and to Him are all things. To Him be glory forever! Amen.”

Paul was someone who lived life in a state of miracles, wonders and spiritual power and the fundamentals of the faith were the secret to his strength to overcome amid adversity, have faith for miracles and face even death while speaking the words of life.

While he isn’t widely known for his songwriting, for Paul the Apostle praise was absolutely fundamental to faith. He was a worshipper, and, in fact, was very adamant that the praise and worship of the Lord be an integral part of private and public worship for believers. In fact, in Paul’s worship song, he quoted from the Word of God in Isaiah and Job. This is an example and pattern for the church today- to sing the Word of God. Remember, no one can ever be more poetic, profound or powerful than God is in His Word and Paul set this important precedent for worship because the Word of God is the only source of truth in existence. Paul, as a worshipper himself wrote this about how the body of Christ should approach praise with the Word as the foundation: “Let the word of Christ dwell in you richly,” Paul wrote, “In all wisdom, teaching and admonishing one another in psalms and hymns and spiritual songs, singing with grace in your hearts to the Lord.” (Colossians 3:16)

For Paul the Apostle praise was defined in three categories: “But be filled with the Spirit,” Paul wrote. “Speak to one another in psalms, hymns, and spiritual songs, singing and making melody in your heart to the Lord.” (Ephesians 5:16) “Psalms” are songs taken directly from Scripture. “Hymns” are songs God’s people write while inspired from His Word and “spiritual songs” are those songs we sing to God from our own spirits. Sound familiar? Sounds like church! Here’s the thing about Paul, we tend to think he was “special” (even though he repeatedly said he wasn’t!), when really Paul was submitted. He was a man of three strengths: The Word of God. The power of prayer. The weapon of worship. And the Lord took care of the rest!

Paul was strong in all three of the spiritual disciplines necessary to create the solid ground upon which you will stand in your faith. As a worshipper, Paul the Apostle praised the Lord with passion- in good times and in bad – and brought a fullness and clarity to how praise was understood, and its role in the life of the believer at home and at church: teaching, admonishing, giving thanks, in your heart, to each other, from the spirit, from the Word. This was a man who lived a lifestyle of worship. The result? Prison doors opened. Chains broken. Demons cast out. Standing before kings. Surviving the shipwrecks. Shaking off the snake’s bite. Raising the dead. Changing the world. It wasn’t a “Paul” thing, it’s a Kingdom thing – and your strength and power and faith will come from the same source as his did- and so will the miracles God will do in and through you!

[Read this next for further study: “The Victory Horn”]

“Upon This Rock” Was Peter’s Legacy of Praise and Power 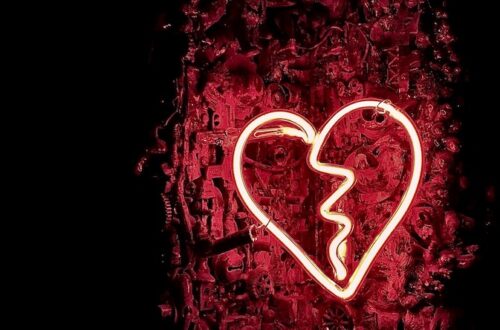 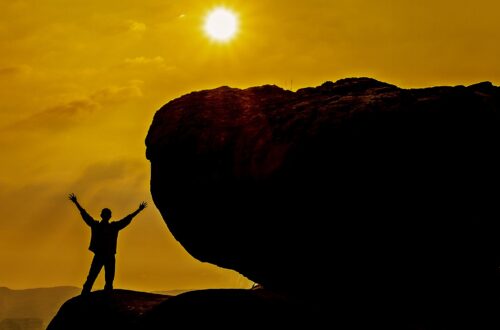