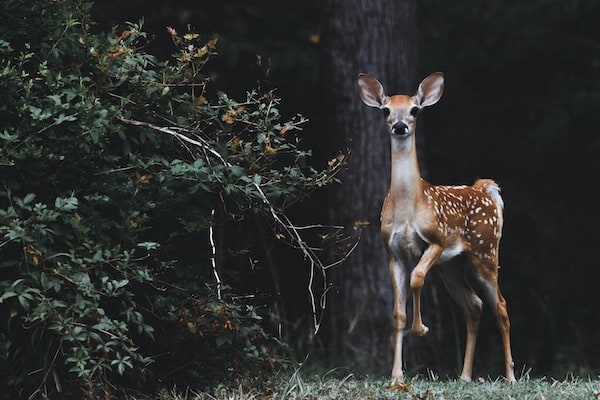 Depending on our life situation from one day to the next, there are seasons in all of our lives when we feel compelled to fast, pray, worship, cry out, stand in faith, run to the front for prayer at church and battle in the spirit with the fervor and passion of one who desperately needs rescue, guidance, help, healing, rest, peace and more. It’s almost like we pant after God, as the deer pants for water, like David wrote. We experience the desperate thirst for God that a dying person would for water. GOD, I NEED YOU!!

Have you ever read the verses in Psalm 42 where David wrote, “As the deer pants for water, so my soul pants after You”? (If you’re old enough, you probably even remember singing a song with those lyrics in church!)

That phrase seems nice and poetic with its gentle imagery, but here’s the thing: Deer don’t pant when they are too hot. Dogs pant on a hot day, but a deer does not. In fact, generally speaking, deer get a great deal of their water from the food they eat – up to 90% in some cases, so they don’t often go hunting for water and they can go long periods without a water source. So, what could David, who had vast experience with and knowledge of animals, have meant when he wrote that?

The Real Reason a Deer Pants for Water

David knew exactly what he was writing when he penned this song to the Lord to express his desperation to save his own life. At this point in time, David was being pursued unto death by his own son, Absalom, who wanted to seize control of David’s kingdom. David was afraid, brokenhearted, betrayed and being actively hunted down by an army. When David wrote this song to the Lord, he felt “as the deer” – why? Because a deer only pants when it is being chased by a predator. As soon as a deer escapes and knows it is safe, it will immediately look for water to replenish its depleted inner stores. However, if a deer runs for too long from an enemy and cannot get to water, the panting from lack of water will cause the deer to collapse and die.

Unlike a deer being pursued by an enemy who must then hunt for water, David knew exactly where to go to replenish his exhausted spirit – he got into praise and worship and found Living Water.

David wasn’t being poetic when he wrote “as the deer pants for water”. He was an experienced hunter and outdoorsman. He was being very, very real in his cry to the Lord. “As the deer pants for water“, meant that he was becoming exhausted, worn out and depleted from being pursued by the enemy and he had reached the point inside of himself that he wanted to lay down and just give up and die. Have you ever felt that way?

David wrote a very deliberate cry to the Lord: AS THE DEER PANTS FOR WATER, LORD!! SO MY SOUL PANTS AFTER YOU!!! MY SOUL THIRSTS FOR YOU, LORD, FOR THE LIVING GOD!! Even in his most desperate hours, David turned to the Lord. He longed for the Lord. He sought the Lord. He worshipped the Lord.

In the same song in Psalm 42, David wrote, “Yet the Lord will command His lovingkindness in the daytime, and in the night His song will be with me, a prayer to the God of my life.” (v. 8) Unlike a deer being pursued by an enemy who must then hunt for water, David knew exactly where to go to replenish his exhausted spirit – he got into praise and worship and found Living Water. “Wait for God; I will yet thank Him, for He is my deliverance and my God.” (v. 11)

David couldn’t physically see his deliverance yet, but he trusted God and in the meantime, he worshipped while he waited. If that’s you – worship. We all face seasons where we just want to lay down and die, but God is GOOD. He is a refuge. A strong tower. A mighty warrior. A safe place. Jesus Christ is the living water you need. Worship the Lord “as the deer pants for water” and replenish your spirit. You’ll find the strength to continue on!

Resources to Strengthen Your Faith in the Lord for His Rescue: “When the Enemy Comes in Like a Flood, Walk on Dry Ground”

The Real Power of Thanksgiving is Your Praise in His Presence 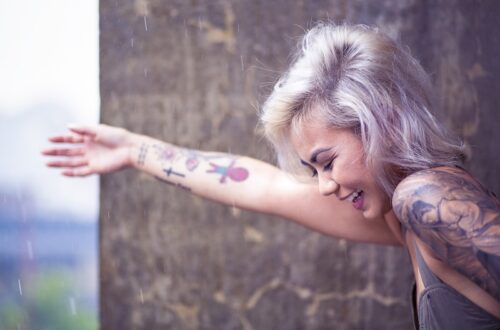