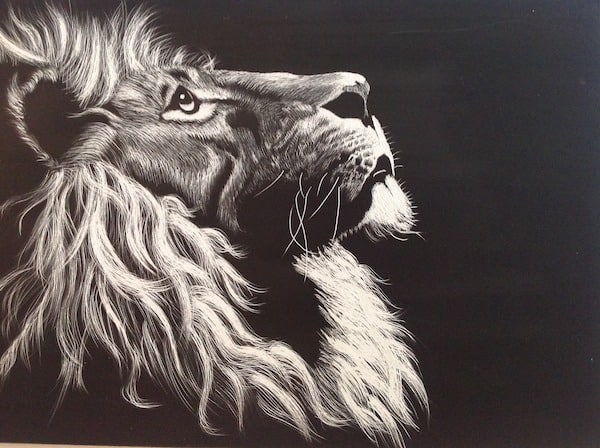 One of the names of Jesus Christ, the Messiah is “The Lion of the Tribe of Judah“, but why the tribe of Judah, specifically? Why isn’t Jesus the Lion of the Tribe of Joseph, when Joseph was a great leader and had his brothers bowing before him? In fact, Jacob had a many sons, and, arguably, some were much more righteous than others! In fact, in in terms of godliness overall, Judah wasn’t even at the top of the list. So, why not Reuben, or Simeon- and why Judah?

In terms of godly character, Judah made some pretty significant mistakes, and yet God not only used him, but grafted him into the bloodline of His Son, Jesus Christ! Why? Because God is our Redeemer! In Matthew 22:14 Jesus said that many are called, but few are chosen. What that means is that everyone is called to serve the Lord, but few choose to respond to that calling. Judah is proof that God can use anyone, and that He sees us all through the lens of His calling upon us.

Praising the Lion of Judah and the Lamb of God

Judah was the son of Jacob and Leah, who was unloved, rejected and constantly compared to her much more beautiful sister, Rachel, meaning that Judah was born into the middle of a strained and difficult home life with parents who didn’t really love each other. Up until Judah’s birth, his mother, Leah, had named all of her other sons in hopes that her husband would finally notice her and love her best. However, it was not to be. (Gen. 29:32-34) When Leah finally found her peace within the arms of God, she stopped looking to her husband for love and acceptance, that’s when God broke through and THAT is when Judah was born.

His name, “Judah”, is the word “Yadah”, one of the seven Hebrew words for “praise”! Not only is this the first mention of “praise” in the Word of God, it also points to the ancestry and lineage of Jesus Christ! Out of Judah came David and out of David’s lineage came Jesus Christ. The birth of Jesus’ heritage on earth is PRAISE! Genesis 49:8-10 shows that Judah, in spite of his many mistakes and bad decisions, was will called by God and once he chose to accept that calling, he was grafted into the lineage of the King!

In God’s reality, you are chosen and called and needed, many are! How you respond to that choosing and calling is up to you.  Revelation 5:5 refers to Jesus as “The Lion of the Tribe of Judah” because Judah’s birth, the birth of praise, spoke prophetically of the birth of Jesus Christ, the reason why we worship!

Thought for today: The Acts of the Lamb Took the Strength of the Lion

In Genesis 49, Jacob prayed over his sons and spoke prophetically about who each of them were, and would be. Judah had three older brothers: Reuben who was “unstable” and Simeon and Levi who were “violent and evil” and then there was Judah. It was Judah who spared Joseph from being killed and had him sold into slavery to save his life when his older brothers wanted to kill him. And it was Judah who slept with his daughter-in-law thinking she was a prostitute! And yet, Jacob said, “The scepter shall not leave Judah… Until the ultimate ruler comes  and the nations obey him.” (Gen. 49:9) That “ultimate ruler” was Jesus Christ!

Jesus Christ came from a lineage of “lions”, a family tradition of strength, leadership, fortitude and sacrifice and yet He was the Lamb of God. Jesus Christ the Messiah is the Lion of the Tribe of Judah not because Judah was a perfect man, but because after a lifetime of struggling, he finally admitted he was without righteousness and submitted himself to the plan of God for his life – and that changed everything!

Learn More About Jesus Christ Who is the Same Yesterday, Today and Forever: “Three Ways Jesus Christ is the Rock of Salvation That Cannot Be Moved”

Kneeling Before God is a Spiritual Strength

How to Sing a New Song to the Lord in Your Praise!